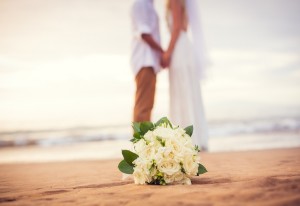 Grand Solmar Foundation, a Solmar Hotels’ charity, is pleased to announce the success of its 2014 Wedding Give Back Program, helping underprivileged families in Cabo San Lucas with charitable contributions.

Grand Solmar Charity is excited about the success of its latest charitable and innovative program designed for newly married couples from around the world interested in helping underprivileged children and families in Cabo San Lucas.

The Grand Solmar Charity is helping newly married couples share the joy of their weddings with a list of creative ways that couples can donate to local communities. Here are just a few ways to raise money:

Managing Director of Solmar Hotels & Resorts Ricardo Orozco was pleased to announce just how successful the program has proven itself to be.

“While this program is completely optional, over the past few months, we have worked with many couples helping them to share their love with the Los Cabos community and we are so proud to be a part of that special gesture,” Orozco said.

Grand Solmar Charity would like to thank all of the couples that chose to have a destination wedding with Solmar Hotels and made contributions to improving the livelihoods of the underprivileged living in the Cabo San Lucas area. For more information on charitable donations or having a destination wedding at a Solmar hotel, contact Grand Solmar Charity.